May 1997. The Taliban militia, backed by Pakistan, rushes to take control of Afghanistan. About two-thirds of the country was under his control and the rest under the Northern Alliance or Jumbish-e-Islami, a coalition of militias loyal to General Abdul Rashid Dostum, Karim Khalili’s Hizb-e-Wahadat and the Jamiat- e -Islami of Professor Burhanuddin Rabbani & Ahmed Shah Masood, the Lion of Panjshir.

My media at the time asked me to go to Afghanistan for a report on the ground. So, with a cameraman, I chose to go to Mazar-e-Sharif.

We flew from Delhi to Tashkent and then to the border town of Termez in Uzbekistan before taking the iron bridge over the Amu-Darya (Oxus river) to enter Afghanistan. This bridge was built by the Soviet Union, so that their tanks and other heavy supplies could cross smoothly. After the breakup of the Soviet Union, it was renamed the Afghanistan-Uzbekistan Friendship Bridge.

As we crossed the bridge and entered the border town of Haeratan in Afghanistan; we were greeted by elegantly dressed Uzbek soldiers pledging allegiance to General Abdul Rashid Dostum. We told them we were Indians and to our surprise one of them started to sing Raj Kapoor’s famous song, ‘Mere Juta Hai Japani’ and we were served piping hot green tea. Border formalities were completed before we could even finish our green tea. Taxis parked nearby displayed posters of Bollywood stars like Karishma Kapoor, Juhi Chawla and Shahrukh Khan.

It was my first impression of Afghanistan – which is still etched in my mind – even though almost 25 years have passed.

We were picked up by our local contact and then drove for about 2 hours on the highway to Mazar-i-Sharif. Sand covered most of the highway and we noticed tanks, trucks etc. Apparently they belonged to the old Soviet army.

As we entered Mazar-e-Sharif, the majestic Hazrat Ali Mazar also known as the Blue Mosque surrounded by thousands of white doves, symbols of peace, greeted us. The markets were full of visitors, the traffic unruly, and Bollywood music came out of the stores selling tape recorders and cassettes. 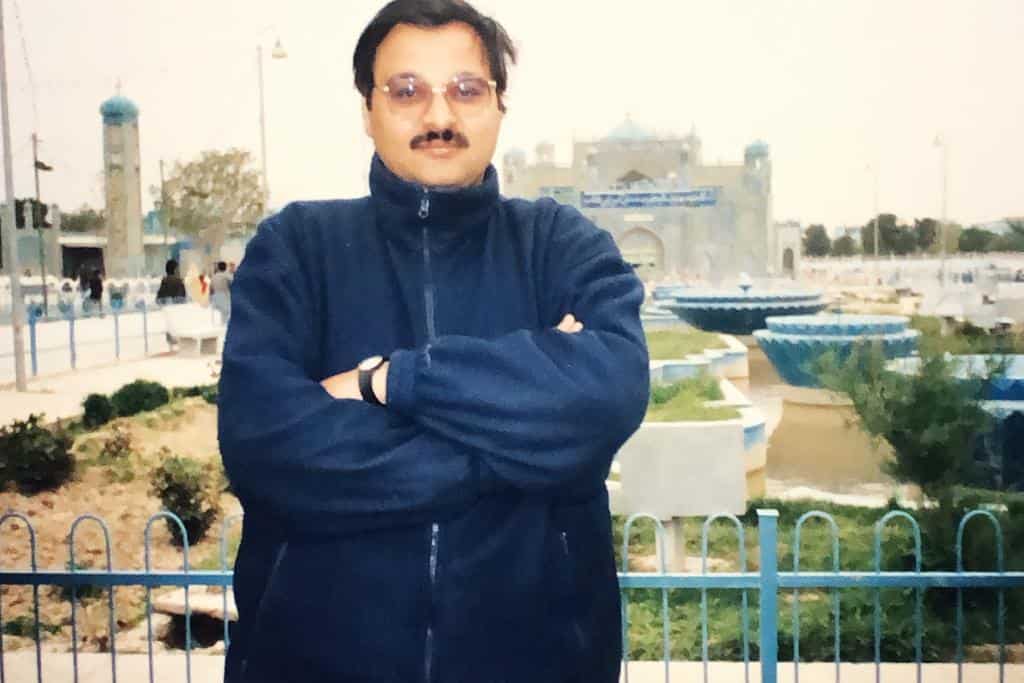 At Hazrat Ali Mazar, also known as the Blue Mosque

We decided to start our report from Balkh University located in Mazar-e-sharif. Here there were no restrictions based on the Islamic way of life. Young girls were educated and mingled freely with men while sharing the same classrooms. It looked like any other university. In contrast, images of Kabul and areas under Taliban control that we had seen on television in New Delhi, showing women flogged for sending young girls to school or university.

It was the Mazar-e-Sharif that I saw.

After spending nearly two days with a local Northern Alliance commander in Mazar-i-Sharif, our request to meet Lion of Panjshir, Ahmad Shah Masood came true. The next morning, we were in his personal helicopter on our way to Taloqan, the capital of Takhar province, to meet the man himself, a legend whose exploits are the subject of many stories in the region. 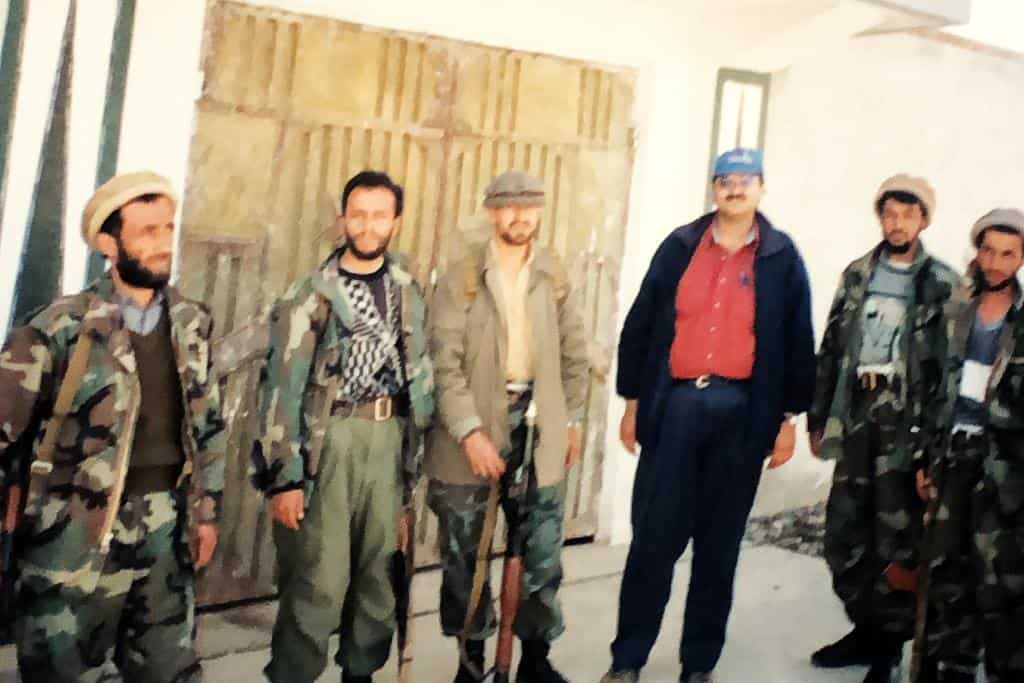 The first glimpse of the man himself was overwhelming and our first meeting was full of heat.

For the next three days, we traveled with him in his black Land Cruiser from place to place, including the interiors of the province. His energy was contagious. We would go from meeting to meeting, where he discussed military strategy with his local commanders. The only objective was how to defeat the advancing Taliban militia. On average, he spent over 18 hours a day planning his actions against the rapidly advancing Taliban.

On seeing the Lion of Panjshir, the inhabitants flocked to greet him and shake his hand. He knew many of them by their first names. And question them about their well-being and that of their families. As the second day wrapped up and we sat down for dinner with a local military commander, the man himself appeared and joined us for the meal. The conversation over dinner ranged from his days fighting the Soviets as a mujahedin to the future of Afghanistan.

His dream of seeing a peaceful Afghanistan was then shattered by the Taliban with the support of Pakistan. He recognized that India was and always will be a friend of Afghanistan. Then we talked about our respective families. It was Ahmad Shah Masood for me. Later, I was told that it is rare for the Commander to share a meal like this with strangers, and this memorable meal is a privilege that I cherish.

Finally, on the third day, we had the opportunity to interview the Lion of Panjshir on record. As we sat down for the formal interview, he was being watched. He explained that the Taliban militia could never enter the north of the country; his relationship with other warlords like General Dostum; how they planned to defeat the Taliban and take back Kabul; and, how every citizen of the country stood by their side. It was an exhaustive interview. 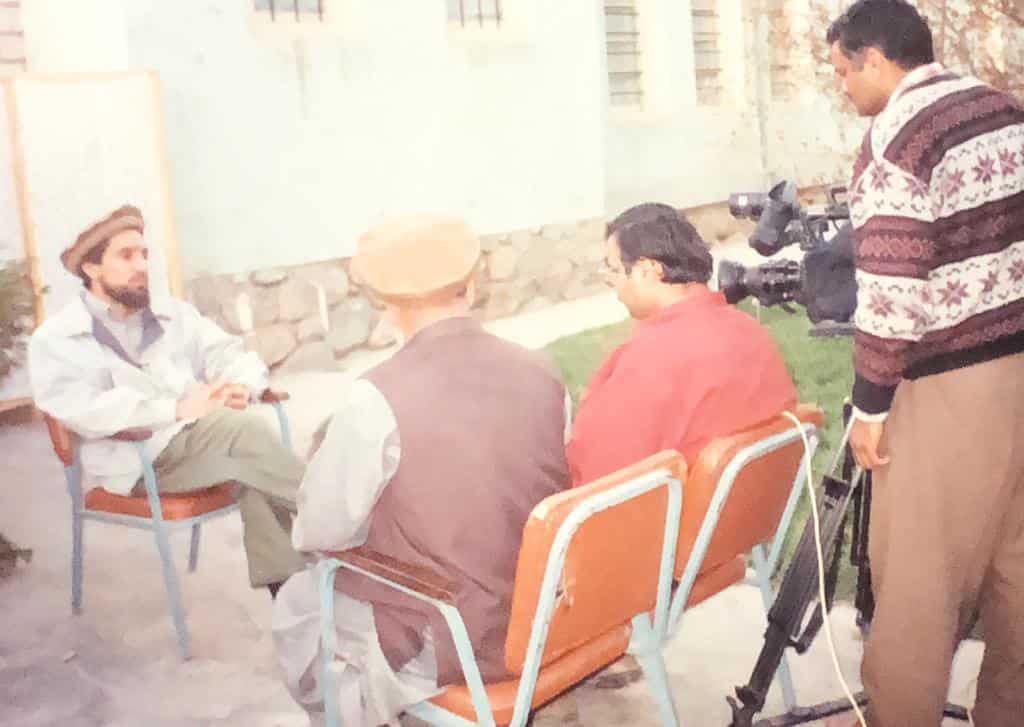 At the end, we say goodbye with the promise to keep in touch. It was a promise we couldn’t keep.
Later that day, we boarded his personal helicopter for the flight back to Mazar-e-sharif. There were problems in the store. En route our helicopter was targeted and we could hear the volley of bullets hitting the outside surface of the helicopter. But thanks to the personal pilot of the Lion of Panjshir, who was remarkably skilled in handling the helicopter, we managed to escape the rest of the gunfire. And, pretty much survived to tell our story. 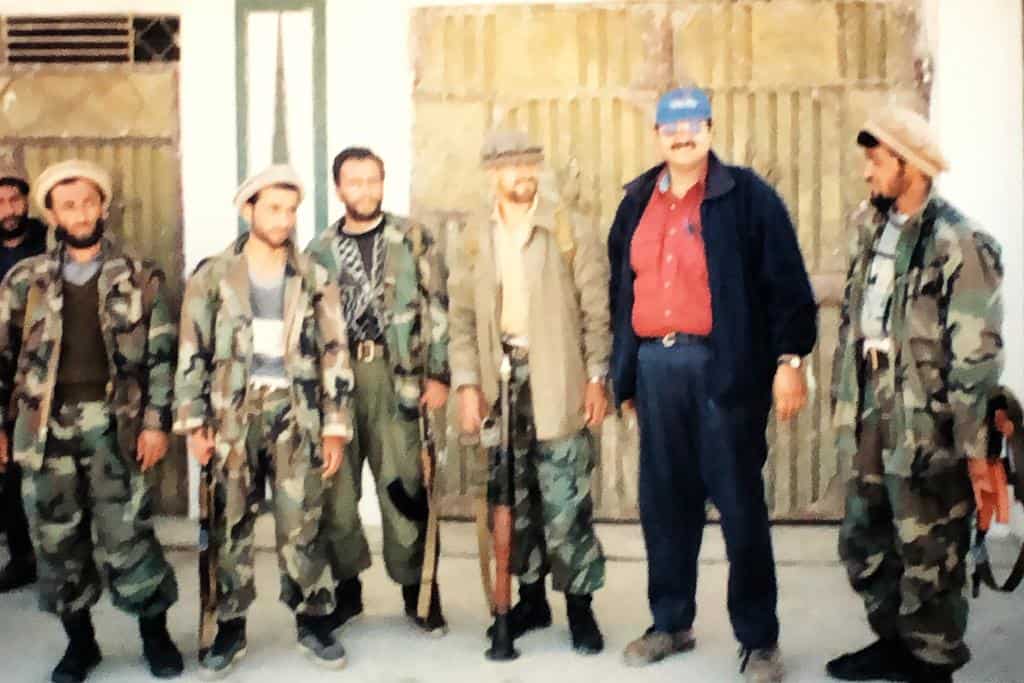 But 2021 turns out to be very different from 1997. The Lion of Panjshir is no more. He was assassinated days before the September 11 attacks in the United States

Media reports from northern regions tell a different story. The Taliban have almost surrounded the former strongholds of the Northern Alliance. And he continues to make spectacular gains. The Taliban currently control around 195 districts and compete for 129 other districts. Afghanistan is once again confronted with the Taliban who is waging a war to take over the country. And, it is not known how long the unrest and violence will last.

Will peace ever return to this beautiful hilly country?

This question, which I asked Ahmad Shah Masood in 1997, still escapes the answer.