Members of the Unidas Podemos coalition march in the Madrid pride parade, celebrating the passage of the new transgender equality law, behind a banner reading: “These are rights, not wishes. law!’ | via Unidas Podemos

â€œThese are rights, not wishes. It’s the law! â€Read the pink, blue and white banner of the Spanish Communist Party as its members marched with the larger coalition Unidas Podemos (United We Can) for the Madrid pride parade last Saturday.

At the beginning of last week, Spain’s Equality Minister Irene Montero, elected to the Unidas Podemos list and a prominent member of the Union of Young Communists of Spain, announced the adoption of the â€œtrans lawâ€, which extends the rights of LGBTQ citizens in terms of their gender identification from the age of 16, allowing them to legally change their name and gender.

The law came into effect at the end of Pride Month and was implemented by the Socialist Workers’ Party of Spain (PSOE), a center-left social democratic party, in coalition with Unidas Podemos. The new guarantee of rights is celebrated by the LGBTQ movement in Spain and around the world, but it was somewhat overshadowed by the murder of Samuel Luiz outside a gay nightclub in La CoruÃ±a, Galicia.

Luiz, a 24-year-old nurse who works in a nursing home, was beaten to death by a group of people. Spanish police described the incident as a “human pack kicking a youth over 150 meters down a street”. Authorities believe that between six and ten attackers were involved. A friend of Luiz’s allegedly told police that the attackers branded Luiz a “fucking queer” by punching and kicking him.

Three people – two men and a woman – have been taken into custody so far, but the investigation is continuing and police have not ruled out further arrests. Massive protests underway in response to the murder have made Pride Month look like it has been extended for a few more weeks due to the sea of â€‹â€‹rainbow flags and transgender rights filling the streets of Madrid, Barcelona , Malaga, Bilbao and other Spanish cities.

The fact that the two events – a transgender rights breakthrough and a seemingly homophobic murder – happened in the same week is emblematic of the complex history of LGBTQ rights in Spain.

The famous homosexual communist poet and playwright Federico GarcÃ­a Lorca was killed by the fascist forces of General Francisco Franco for his political affiliation and his sexuality during the Spanish Civil War in 1936. Decades after his assassination he became an icon for dissidents and the LGBTQ community. .

Homosexuality was decriminalized in Spain in 1979 with the restoration of bourgeois democracy after Franco’s death. Remnants of the dictator’s homophobia and transphobia still litter Spanish politics today, felt not only on the right but also in certain sectors of the so-called radical left.

For example, in early 2020, the communist-led United Left expelled the Feminist Party of Spain (PFE) from the coalition because of its anti-transgender positions on the issue of women’s liberation.

Then, following the implementation of the â€œtrans lawâ€ last week, the Communist Workers’ Party of Spain (PCTE) attacked what it calls an â€œopportunisticâ€ reform declaring: â€œConfusing sex and gender, for ending up dictating self-determination of sex denies the material basis of the oppression suffered by working women. The PCTE asserts that if gender oppression is supposedly “no longer due to the destructive consequences of the system, but is simply an individual choice, capitalism is exonerated from all responsibility”.

Despite the regressive stances of the sectarian left, the overwhelming majority of working class organizations celebrate the new law as a sign of historic social progress. They hail the transgender equality law as the action of a government they democratically elected to represent them shortly before one of the most devastating pandemics in world history.

The party that sits at the head of the ruling alliance, the PSOE, can be characterized by its predominantly progressive domestic policy and its aggressive imperialist foreign policy, for example its defense of NATO. Historically, the PSOE has fought hardest for the legalization of same-sex marriage and the right of LGBTQ couples to adopt under the leadership of openly gay congressman Pedro Zerolo, who died of cancer in 2015.

The PSOE supporter in government, Unidas Podemos, is a more radical left-leaning alliance. It includes Izquierda Unida, or United Left, which is led by the Spanish Communist Party (PCE).

Equality Minister Irene Montero’s partner Pablo Iglesias was the leader of the UP alliance until he lost his bid for governor of Madrid earlier this summer after facing numerous death threats from supporters of the neofascist, anti-immigrant and homophobic / transphobic VOX party.

The PSOE and UP struck a deal to strike an alliance at the end of 2019, shortly before the COVID-19 pandemic. Beyond the trans law, the left-wing coalition government has also been praised for other progressive measures, including raising the minimum wage by 5.5%.

Spain has also managed to relinquish its status as one of the worst-hit epicenters of the pandemic in Europe, and unemployment rates have fallen to historic rates under the leadership of Vice President Yolanda DÃ­az, a member of the Communist Party. and now head of the UP since Iglesias retired from politics in early May, and Alberto GarzÃ³n, leader of the Communist-led United Left coalition and current Minister of Consumer Affairs.

It is hoped that the government could even take steps to end the Spanish monarchy thanks to the continued corruption of the royal family.

Despite another historic step towards full equality for LGBTQ workers in Spain, the PSOE-UP coalition government will continue to wage a fierce battle against violent attacks on members of the LGBTQ community motivated by hate speech by extreme politicians. right VOX. VOX MP GÃ¡dor Joya Verde, for example, recently said that if her â€œâ€¦ son was gay, (she) would rather not have grandchildren. Another VOX spokesperson, Juan Ernesto PflÃ¼ger, asked: â€œWhy do gays celebrate Valentine’s Day if what they have is not love, but rather abnormal behavior?

This is a point on which the PSOE and the UP agree despite their many disagreements concerning the future of the Kingdom of Spain and the restoration of a (third) Republic: homophobia and transphobia are not the welcome to a progressive and socialist Spain. 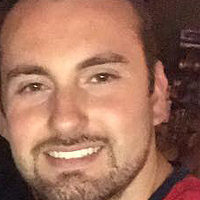