“We want people to be both educated and entertained,” O’Neal says in a bright conference room in the building that houses the Alliance’s offices near the state Capitol.

The Alliance is a Little Rock-based nonprofit “dedicated to ensuring that every K-12 student in Arkansas has equal access to a world-class education,” as stated on its website. . The Alliance’s mission: “to create a network of parents and community leaders so that every policy decision and every conversation about education begins and ends with its impact on our children.”

The organization was founded in 2015 by Laurie Lee, whose daughter wrestled in a traditional school setting. Lee wanted to share the resources she found in her experiences with other Arkansas parents.

“Most parents don’t understand what options are available beyond the normal districts they’re assigned to,” says DeAnn Thomas, director of communications for the Alliance. “It was founded to be an advocacy organization to teach parents how to find options.”

The group administers the Succeed Scholarship and Philanthropic Investment Program in Arkansas Kids. The scholarship provides funding for students with learning disabilities or in foster care to attend private schools; this year, students from military families can also apply. The Philanthropic Investment in Arkansas Kids program gives students who cannot afford it the opportunity to attend a private school.

“It’s a chance for parents to have fun and talk about their experiences,” she says.

Guest speakers will be:

◼️ Denisha Merriweather of Jacksonville, Florida, Founder of Black Minds Matter and Director of Public Relations and Content Marketing at the American Federation for Children.

“They are all passionate about educational equality,” says Thomas. “And that’s really what we want, to ensure that… minorities and people from low-income backgrounds have access to appropriate educational options.”

Davis, 45, is originally from Philadelphia, but after coming to the South for school — Grambling State University in Grambling, La., for his undergraduate degree and Louisiana Tech University for his master’s degree in history — he is a happy “transplanted Southerner”.

Davis is the author of “Pioneering African American Aviators featuring the Tuskegee Airmen of Arkansas”, the group of mostly black military pilots and airmen who fought in World War II, and owns what the believed to be the largest collection of Arkansas Tuskegee Airmen memorabilia in the country. His interest in aviators was inspired by his friendship with the late Milton Crenchaw, a native of Little Rock and one of Tuskegee’s first aviators.

The Derek Olivier Research Institute for Gun Violence Prevention, which opened in 2020, is named after the Arkansas Baptist College student athlete who was shot and killed near campus in September 2012 while that he was helping a friend change a flat tire. A portrait of Olivier hangs on the wall of Davis’ office.

“We collect, analyze, and track data trends on violence, particularly homicides, among Black men,” Davis says. “We are a research institute and we give recommendations to communities, neighborhoods, schools on what they might need from the data we collect.” Last year, Davis became the host and producer of Arkansas Baptist’s online radio show “Keeping It 100 With DORI,” which airs at 6 p.m. Thursdays.

His town hall speech on Saturday will focus on Black Wall Streets, neighborhoods in cities across the United States — like Ninth Street in Little Rock — that were havens for black business and the economy.

“A lot of people don’t realize there were nearly 100 Black Wall Streets [all over the country]he says. ” Like [historically Black colleges and universities]they were started by African Americans who were successful entrepreneurs and were thriving.”

“It’s important that our young people understand the position they play in change,” says Tim Campbell, who serves on the Pulaski County Criminal Justice Commission and the Town of Little City’s Commission on Racial and Cultural Diversity. Rock. Campbell will speak at the Reform Alliance’s Black History Town Hall on Saturday. (Arkansas Democrat-Gazette/Cary Jenkins) “I WANTED TO HELP PEOPLE”

When he was a sophomore, Campbell remembers announcing during a career day program at Word of Outreach Christian Academy that when he grew up he wanted to be a Crip – a member of one of the country’s most notorious street gangs.

“I said it loud and clear. And then I felt a big arm take me off stage,” he laughs at the memory.

Campbell, 29, grew up on Wolfe Street in the Wright Avenue neighborhood of Little Rock.

“My story begins right in the middle of the gangbangs in the Little Rock era,” he says. “I was just mirroring what I had seen.”

He didn’t grow up to be Crip. He graduated from Little Rock Central High School, where he played on the football team. He earned a degree in health sciences from the University of Arkansas at Pine Bluff (becoming the first in his family to graduate from college) and served two years with the Peace Corps in The Gambia.

Campbell is in the Clinton School for Public Service’s graduate program with a focus on community development and downtown and urban area development, and works as a campus recruiter at Shorter College in North Little Rock.

In 2020, after helping lead protests in Little Rock in response to the killing of George Floyd, Campbell was among activists named to a task force convened by Governor Asa Hutchinson to review Arkansas training standards. and police operations, com- community policing and the disciplinary process for officers who violate protocol.

“It all started with a movement here in Little Rock to help ignite young minds and healthy spaces,” he says. “I knew how I felt after George Floyd. I remember seeing the global outcry on TV, people rioting and looting. I knew something had to happen in Little Rock.”

On Saturday, he will talk about the role of young people in change.

“It’s important that our young people understand the position they play in change. Everything they see today, the George Floyds, the Breonna Taylors, the tension of these trials… it’s important to inspire the social responsibility in our young people and to let them know that they are not just passive observers in this fight for global change.” 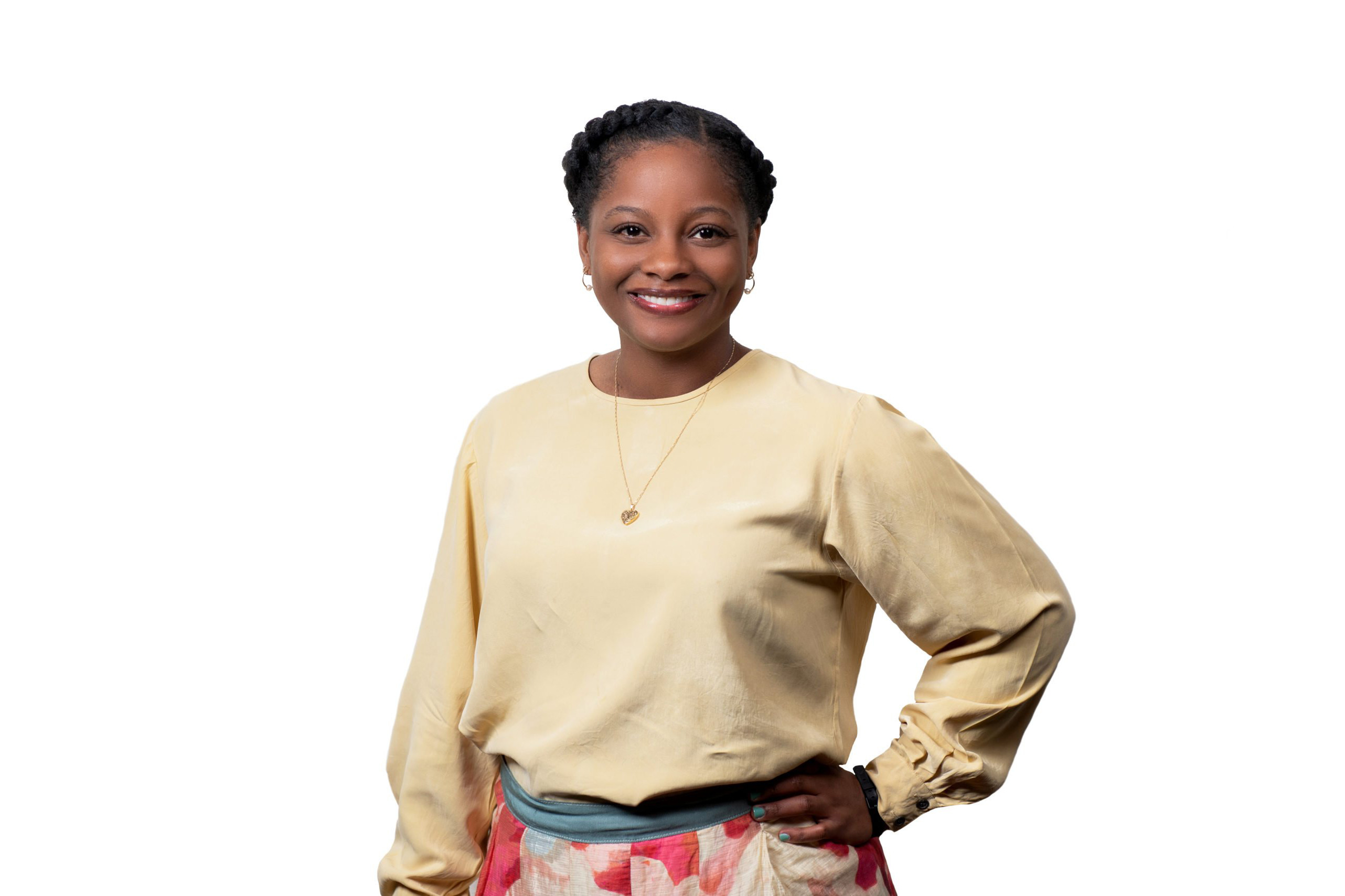 Merriweather, a former school pick and youth liaison to former U.S. Department of Education secretary Betsy DeVos, was here last year for a June 19 event hosted by The Reform Alliance. She started Black Minds Matter about 18 months ago.

The nonprofit seeks to “celebrate black spirits, support excellence, and promote the development of high-quality educational options for black students.” He also launched the first online directory of black-owned schools.

“We have charter schools, homeschools, online schools, private schools, and black-founded virtual schools to provide educational options for students,” Merriweather says. “It’s cool because it’s a niche within a niche and supports the academic development of black students.”

Merriweather will share her personal experience and how she got involved in education reform.

“I went to my local schools from kindergarten through fifth grade,” she says. “I failed ninth grade twice because I couldn’t read and thought I was stupid. The teachers would sigh when I walked through the door. It wasn’t until I got a scholarship to go to a small private school in Jacksonville [Fla.] that my life has changed. It sounds cliché, but it really is. I come from a long family history of people who dropped out of school and I thought that was going to be my outcome, but it didn’t turn out that way.”

Not only was she the first in her family to graduate from high school, but she went on to earn a bachelor’s degree in interdisciplinary social sciences and a master’s degree in social work.

“Organizations like The Reform Alliance are essential because now parents have access to a plethora of options and now they need to know which one to choose,” she says. “It’s a big problem to have. Before, parents were spoon-fed with an option, but now they have the option to choose.”